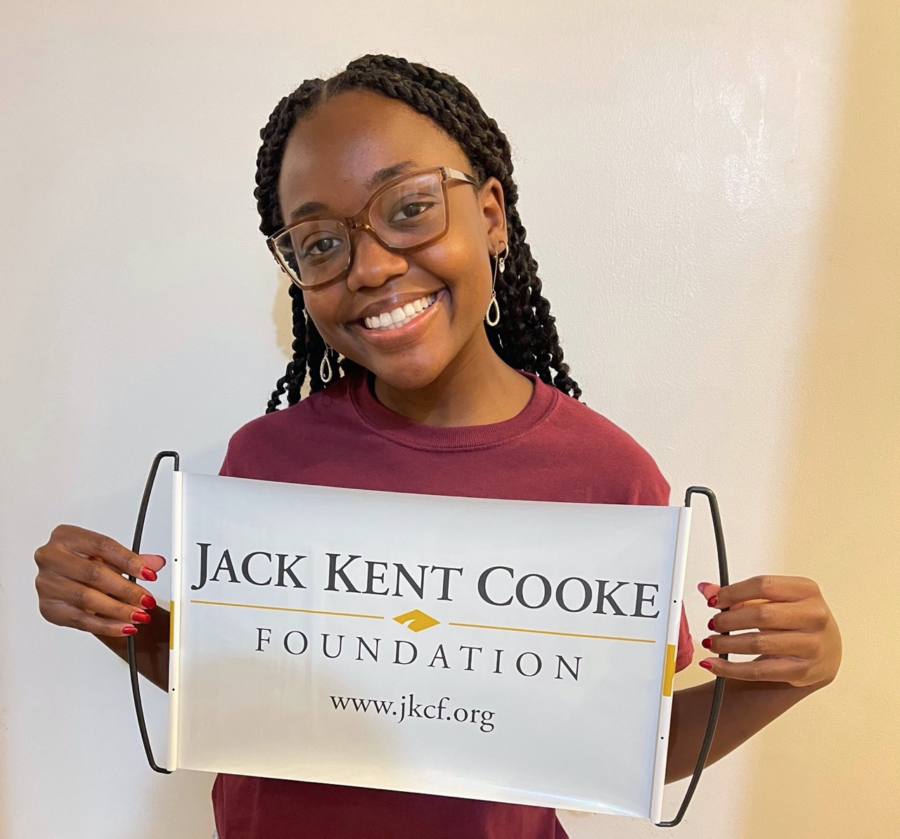 Out of 5,800 applications nationwide, Ericka Familia (12) was one of 104 students to win the 2021 Cooke College Scholarship, which grants students up to $40,000 annually for undergraduate education.

Run by the Jack Kent Cooke (JKC) Foundation, the award is given to high-achieving and promising high school seniors, according to its website. The scholarship also connects recipients with educational advising and access to a network of over 2,800 alumni and current Cooke scholars.

Through the Young Scholars Program, Familia was able to participate in several summer programs like the CTY Civic Leadership Institute at UC Berkeley and the CIEE Language and Culture Program in Beijing. “I spent a month living in Beijing with a host family and taking Mandarin classes, which was an amazing experience,” she said.

Familia believes she won the award because of both her dedication to her studies and her meaningful community involvement throughout high school, she said. “The Cooke Foundation’s motto is ‘Think big. Work hard. Achieve.’ and they saw this reflected in my application and during my time as part of the Young Scholars Program.”

Currently, Familia serves as co-President of the Saturday Morning Tutoring Program and Mock Trial Team, the co-Editor In-Chief of “Folio 51,” and the co-Founder and co-President of Period @ HM.

Familia is highly focused and responsible when it comes to her work in class and in the community, Chair of the History Department, Dr. Daniel Link said. “She supports others and engages with ideas in the classroom and issues of importance to our community outside the classroom, whether that be centered around how we address race at this school or issues of equity around menstruation,” he said.

Inside of the classroom, Familia is a fantastic student and an excellent listener, Link said. “Her contributions in class come from both her own ideas and hearing and responding to others, so that her classmates know that, even if she disagrees with them, she respects them,” he said. “In my AP US History class during her junior year, Ericka and her partner were the first to volunteer to co-lead teaching a class, stepping up when the seniors in the class hesitated.”

Familia gives 110% to every class she takes, Alexis Fry (12) said. “She is an amazing person to collaborate with,” she said. “Ericka is a leader that can pave new paths and create her own movements, her own communities, and her own organizations.”

A major part of the Cooke scholarship is the family of alumni and academic advisors. The JKC Foundation also provides Cooke Scholars with internship and study abroad opportunities.

This summer, Familia is interning with FLIP National, which advocates for first-generation low-income students on college campuses. Familia plans on taking a semester abroad at some point in college since she enjoyed the summer study abroad program in China, Familia said.

“I love the community, and I am excited that I can continue on this journey with them,” Familia said. She is also looking forward to working with a college adviser because her high school adviser gave her advice on which classes to take, feedback on her college essays, and ensured that she has all the books she needs. “She has been a valuable part of my support system for the past four years,” Familia said. “I am sure that my college advisor will be just as useful for support and resources.”

Although the annual scholars weekend was moved online due to the pandemic, Familia is eager to expand her network and meet her fellow scholars, she said.