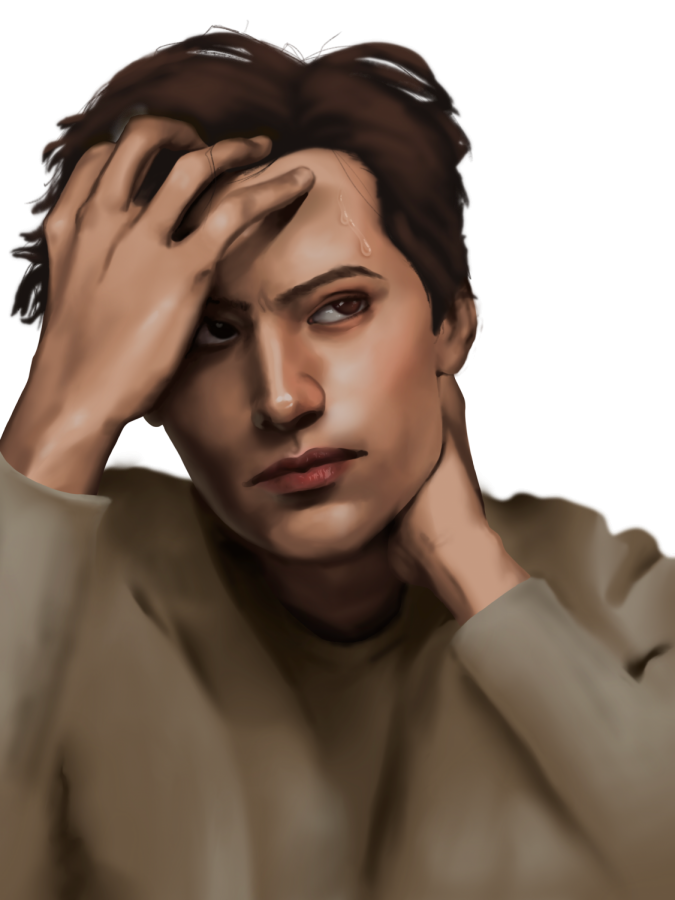 “Every time you relax, you feel bad about it because you know that you’re wasting time that can be useful,” Avi Kumar (11) said. Summer is a time to unwind, but for Kumar and other students, a culture of productivity stands in the way.

People often equate being productive to always being busy because they believe that persistent effort is the key to progress, Gabby Chong (12) said. For many teenagers, progress means academic advancement or recognition for a passion, and the expectation is that they pour all their time and energy towards that pursuit. “It’s a mindset that most people have, especially at Horace Mann, to constantly be doing work.”

“It’s an expectation that in whatever you’re doing, you’re being fruitful.”

American culture is hyperfocused on productivity, and students at the school in particular thrive on challenges and high expectations, Head of Upper Division Dr. Jessica Levenstein said. “I don’t want to say it’s negative because it brings people a lot of joy, but it’s problematic when it feels like you’re on a treadmill that you can’t get off of.” That feeling can arise if students base their satisfaction and sense of worth on external validators such as grades, parents, teachers, or the college application process so they feel an incessant need to work for that approval, even during the summer, she said.

During the school year, what counts as productive is clear cut: finishing a handout, turning in a paper, studying for a test, Jhanae Ottey (12) said. The assignments stop over the summer, but the pressure to be productive persists — the difference is that students must now define productivity for themselves and balance the need to be productive with their desire to relax.

People generally value being productive over relaxing because it produces a measurable outcome, Elise Kang (10) said.

Even while relaxing, people value activities that yield a product, Ottey said. For example, doing crafts is more fulfilling and thus held in higher regard than scrolling on TikTok because there is something to show for it at the end of the day, she said. “It’s an expectation that in whatever you’re doing, you’re being fruitful.”

Many students view productivity over summer as a way of boosting their extracurricular profiles for college applications, Kang said. The three months become a “pressure cooker” for Kang, as she scrambles to check off boxes for pre-college courses, internships, and contests to make sure she does “enough” compared to her peers. Otherwise, she fears that colleges will view her as less productive and therefore less qualified compared to other applicants.

Competition intensifies over the summer because Kang does not know what most of her peers are up to, which sows more uncertainty into how she measures up next to them, she said. “It’s an invisible race,” she said. “I’ll think, ‘I bet so and so is doing all of this,’ and I try to keep up with a standard that’s not even visible to me.” Even though she took an Algebra II course, attended debate camp, and shadowed a physician, her stress did not subside.

“How you spend your summer can be yet another opportunity to beat yourself up,” Levenstein said. She does not want students to feel like summer is yet another thing they need to get “right,” but college applications and the comparative nature of social media create an image of a right and wrong summer for students to measure themselves up against.

Chong also assessed the productivity of her summer based on her peers in junior year, as she prepared for standardized tests and college. “This year, I’ve improved by trying to not compare myself to others because I know other people’s idea of productivity or doing something meaningful is different from mine,” she said.

For Miller Harris (11), summer is the time to show colleges that he knows his passions and uses his free time to engage in them, he said. So, he took a science course at the University of Pennsylvania in June. The course made it hard for him to step back from work because he spent hours on his assignments, double-checking every answer and staying up late to make sure they were perfect. “I was so used to the work ethic of ‘I need everything done’ that I couldn’t chill for one second.”

The demand for productivity as a nonstop grind can encourage people to push themselves to their breaking point instead of resting when they feel overwhelmed, which is important after a tough school year, Chong said. “It’s okay to not be doing anything because we’re so hard working during the school year. We all need a break sometimes, you shouldn’t feel bad about it.”

It is hard for students to let go of the mentality that they need to keep moving from one task to the next, Levenstein said. “Throughout the school year, I keep various lists and I feel good at the end of the day if I’ve accomplished a lot of the goals I had, so I tend to also feel a little bit adrift [over the summer] without that.” The key is to reframe productivity over the summer so students can still feel accomplished, whether by reading a novel, taking a walk, watching a film, or other activities that are commonly deemed relaxing and unproductive during the school year, she said.

People view relaxation as the antithesis of productivity, but the two are dependent on each other, Chong said. Productivity without relaxation breeds burnout, and relaxation without productivity becomes boredom, she said. “You have to be working, but you also need to give yourself time to take care of yourself or else your growth isn’t going to be as fast,” she said. “You’ve got to find that balance that works for you.”

A Scientific American article titled “Why Your Brain Needs More Downtime” explains that “puritanical devotion to perpetual busyness does not in fact translate to greater productivity and is not particularly healthy.” Downtime restores the brain so it can be more attentive, motivated, and creative, as well as process new information, problem solve, and even maintain a sense of self.

Chong was less productive at the start of summer and incorporated more work days into her schedule in July. She saved three days every week to relax, but taking time off often made her feel guilty. “When I am relaxing or just doing nothing, I sometimes stress out over not doing something in the moment, and I tell myself to get up,” she said. “That mindset of always having to be doing something will actually make your relaxation time less productive.”

Chong avoids stress by planning her work on Google Calendar and leaving empty spots as free time. “It helps me really enjoy the time when I’m not doing tasks and accept that it’s okay to not actively be doing something.”

A productive day for Chong involves physical or mental activity such as running an errand, cleaning her room, doing the laundry, or working at her internship. “Taking care of my mental health also counts as being productive because I’m giving myself time to rest,” she said. She strolls outside, listens to music, reads, bakes banana bread, grabs dinner with friends, or just lies in bed.

Kang found a balance between extracurriculars and rest by viewing productivity as striving towards a goal, a process that requires both work and relaxation. “My brain needs some objective to properly function,” she said. “If I’m just sitting there all day watching TV and not working towards any goal, I feel like I’m just existing and not doing anything.” She worked on weekdays and left weekends free to spend time with friends and rest until she felt energized and focused, but any more relaxation felt unproductive.

Aside from college preparation, the other objective of summer is to relax, Kang said. “Productivity isn’t the only goal in life — you want to live a little, you want to be happy, and relaxing helps you do that.” She visited her cousins in San Francisco, toured colleges with her older brother, and spent time with her dad at the Delaware River.

Unlike many of her peers who attended summer programs or internships, Gisella Fischberg (10) spent most of her summer baking, beading, and taking dance classes. Some people might think she wasted her time, but she sees summer as a time to do what she wants and relax, she said. “If you consider something worth your time, then you shouldn’t be guilty about spending it in that way because other people don’t think it is ‘productive.’”

Peter Yu (11) sees productivity over the summer as a balance of work and rest, with both ends of the scale holding equal importance, he said. His days were a mix of exercise, work for an online UC Berkeley philosophy course, and free time on Netflix, video games, or calls with his friends. “Those enjoyable aspects of your life are just as important, if not more, because they allow you to focus better and be more efficient.”

By contrast, Yu said he feels horrible if he spends a whole day only studying or relaxing. “I did that the first few weeks where I just was playing tennis, enjoying myself, talking with friends all the time,” he said. “It becomes less enjoyable over time, whereas if I have a contrast of work, I don’t feel as sluggish.”

Being productive in the summer can also mean expanding the limits of one’s comfort zone, Johanna Scher (12) said. She interned at an organization that works with older adults and took an academic course. The activities kept her busy, but they also helped her feel relaxed because she used her time to explore her interests. “I want to spend my summer very productively, but I don’t want to put too much pressure on myself and I don’t want to do things just because I’m told I’m supposed to.”

Ottey sees productivity and relaxation as a negotiation between her current mental state and what she needed to finish by the end of the three months. “I need to do a bunch of stuff before August ends for college apps so I can have an easier senior year, but right now, I need a break because preseason is starting soon,” she said. “It’s a balance of long term versus short term needs and wants.”

Summer is a time for students to develop that internal sense of understanding so they can spend their time on what they think is best, whether that is academic or leisurely, Levenstein said. “It’s not that there’s a problem with being productive, but students have to come to a place where the reward comes from inside of them and not from some outside body telling them they did a good job,” she said. “If you redefine productivity, I don’t see such a stark line between being productive and relaxing.”