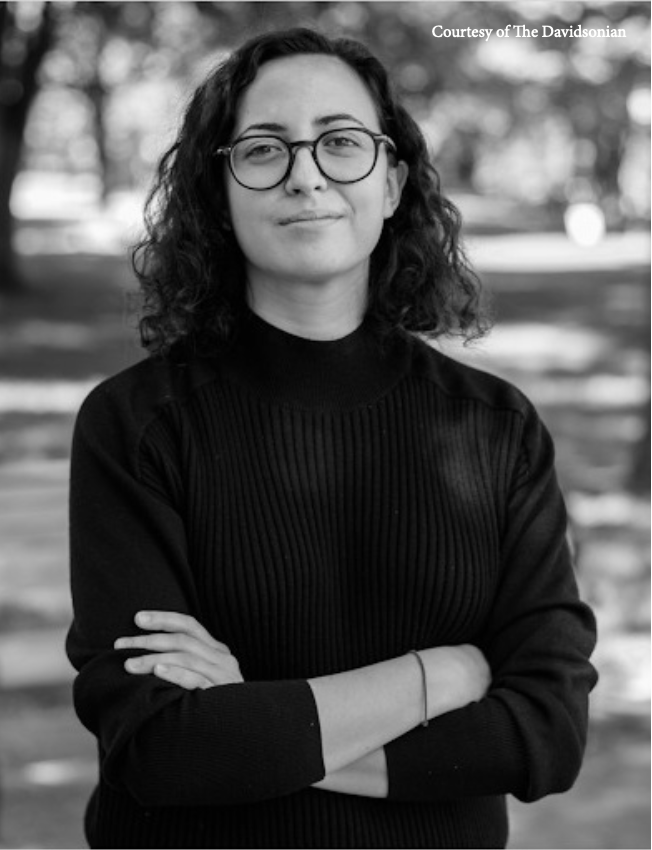 “Horace Mann really taught me to be excited by new things, but also to scrutinize them, and at Davidson, I was given the opportunity to be exposed to a lot,” Dahlia Krutkovich ‘17 said. At both the school and Davidson College, the analytical skills Krutkovich developed while studying history and English made her stand out in her application for the W. Thomas Smith Scholarship.

Krutkovich has always been interested in politics and social theory, approaching her subjects from a historical perspective first, she said. “I took AP Euro my junior year with [former History teacher] Dr. Oldham, and we were taught to think critically about the world around us, about modernity and how social structures have come to be.”

In her AP Euro class, Eric Hobsbawm’s book Age of Revolutions opened Krutkovich’s eyes to the world around her by showing her the creation of the nation-state and the formation of different power structures, she said.

History Department Chair Dr. Daniel Link was Krutkovich’s AP United States History teacher, and he inspired her with helpful advice about the future, Krutkovich said. “He really encouraged me to make the most of my Davidson experience.”

Winning the John M. Belk Scholarship was another major part of Krutkovich’s decision to attend Davidson because it paid for all four years of her education, she said. At Davidson, Krutkovich majored in Global Literary Theory and continued to develop the critical perspective she learned in high school, she said.

Krutkovich began to approach politics and social theory from a more literary perspective during her time at Davidson. Although she focused on comparative literature, she incorporated history into her studies, she said. “With an eye towards social theory and social relations, I use literature as a mode of looking at a society at large, and in my thesis, I used it as a window into a French post-Holocaust mindset.”

Krutkovich also had a strong interest in France in college, she said. “My thesis examined French multiculturalism, essentially, with a focus on how Jewish identity has been influenced in the latter half of the 20th century.”

To write her thesis, Krutkovich worked with French historians such as Dr. Caroline Fache and Dr. Patricia Tilburg to understand French race relations and their constructions through the views of the Republic, she said. She also spent her junior year in Paris, where she became fluent in French and observed modern Parisian culture.

This April, Krutkovich won the Smith Scholarship, which provides her with a full scholarship for three terms of postgraduate studies at Oxford University. Each year, the scholarship recognizes one student with distinguished academic achievements, leadership, and community service, Krutkovich said. All applicants must be seniors and have a GPA in the top 10% of their class.

To apply, students write an essay in response to a series of questions. In her essay, Krutkovich wrote about the culture shock she felt when she started school at Davidson, whose student body is predominantly Christian, while Krutkovich comes from a multiracial Russophone Jewish family, she said.

Although Krutkovich was initially comfortable in Davidson’s environment, her feelings quickly changed after a series of antisemitic incidents at the college. She wrote in her application essay. “…as I and other student leaders of color tried to find unity among different student groups who felt variously injured and unsafe, it became clear that many of my Davidson peers —regardless of whatever identity they themselves held —had no idea about how to talk about Jewish people in a larger context,” she wrote. As a student interested in cultural history, she began to study antisemitism and Jewishness.

After winning the scholarship, Krutkovich will attend Oxford University in the fall to pursue a Master of Studies in Jewish Studies. She plans to take a modern Hebrew course and an Israeli socio-politics course during her first term, she said. While figuring out if earning a Ph.D. is the right plan for her, Krutkovich wants to take this opportunity to study abroad and immerse herself in a setting where rigorous academic engagement among the students is encouraged, she said.

During her time at Oxford, Krutkovich hopes to find a balance between a historical and a literary perspective in her studies, she said. “I’m trying to figure out where I feel my disciplinary home is, so I purposefully chose a program that encourages its students to explore different methodologies.”