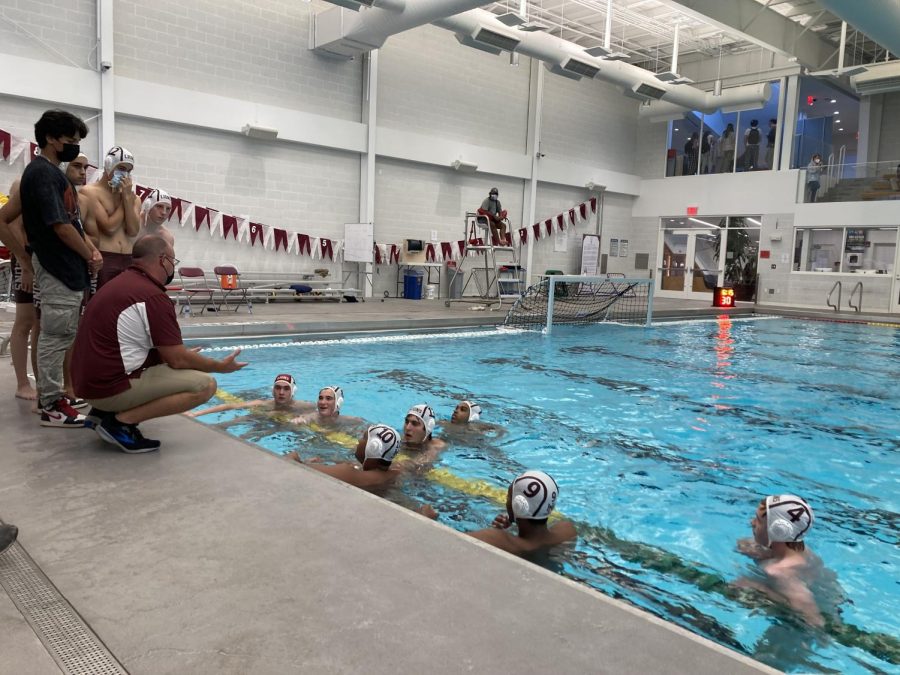 The Varsity Water Polo Team started their season with two sweeping victories: 21-15 in a scrimmage against Trinity last Monday and 21-13 in a game against Fieldston this Wednesday.

The team started strong in the Trinity scrimmage, finishing the first quarter with a score of 8-2, Varsity Water Polo Coach Michael Duffy said. As they continued to build on their significant lead, the scorekeeper stopped changing the scoreboard since it was not an official match, he said. Nevertheless, the Lions won resoundingly, Duffy said.

Throughout the game, the Lions stole the ball frequently, blocked many goals, and scored with ease, Duffy said. Since it was a scrimmage, a mix of Junior Varsity and Varsity team members were able to get playing time, he said.

It is still early in the season, so the team does not yet have any plays drawn up. “The scrimmage was mainly about getting everyone in the water, having fun, and seeing where we’re at,” Duffy said.

The team’s strategy was to work together and play as a cohesive unit, Duffy said. They also tried to spread themselves across the pool and get the ball to the hole set — the center position — and then try to pass it out, team captain Spencer Rosenberg (12) said. Taking smart shots was also key, he said.

The Lions slowed the tempo down because it was a scrimmage and they wanted to keep the game friendly, Duffy said. When the team saw an easy goal, they sometimes had to stop or slow down so as to not “completely crush the other team,” which was a challenge, Rosenberg said.

This game was the Lions’ first in almost two years. During their season last year, pandemic restrictions meant that they could only get into the water a few times and prevented the team from playing other schools, Rosenberg said.

The team captains, Rosenberg and Walker McCarthy (12), led the team well and displayed maturity, Duffy said. They were in charge of warming up the team, talking to the younger players, and leading by example. Max Chasin (11) was also a star player, scoring four goals in this game, Rosenberg said.

Duffy enjoyed seeing the development of all the players when they were given playing time, he said. The team was able to move the ball around and it was encouraging that several different players scored goals, Rosenberg said.

To comply with the school’s current pandemic protocols, swimmers were required to put on masks immediately upon exiting the pool, Duffy said. However, he enjoyed seeing another team compete at the Jeffrey H. Loria Family Aquatic Center and to see fans and parents in the stands, he said.

Leading up to the scrimmage, the team had worked out strenuously, swam constantly, and built up their endurance. They had also been working on their “water polo IQ” — finding ways to play smarter, Duffy said.

Though the team played well, Duffy hopes to help them continue to improve on their positioning in the water, he said.

Rosenberg predicts the team will have a great season, considering the members’ talent, he said. He hopes that the Lions will “dominate the Ivy League.”