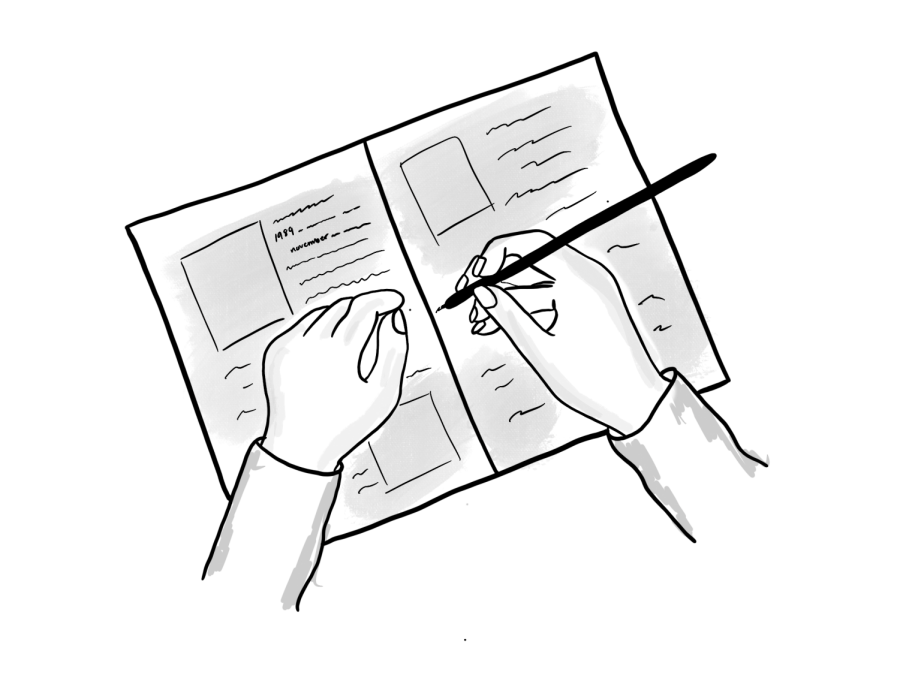 When history teacher Dr. Emily Straus ‘91 was a teenager, she would constantly read long biographies and books by famous historians, which, in addition to her “stellar” history education at the school, ultimately sparked her love for history, she said. Starting in college, Straus thought she would explore different topics. However during school breaks, she found herself gravitating towards history books.

After graduating from college and joining Teach for America in 1995, Straus taught at Willowbrook Middle School in Compton, California for two years. At the time, Compton’s school district was the worst in the state, she said.

Straus earned her Ph.D. after completing her comprehensive research on the history of the Compton school district, she said. Her research revolved around structural changes within Compton which resulted in changes in the school district.

In her research, Straus tried to understand the relationships between place, race, and education in Compton, she said. Straus’ dissertation research took around four years, starting in graduate school in 2000. In 2006, after receiving her Ph.D., she completed work on an academic article and a published book, she said.

Because of her research, Straus was interested in learning about people’s lived experiences along economic and political forces, she said. Straus analyzed her findings using a modern approach, allowing her to place it all within a larger historical conversation relevant to society today.

Straus pursued a Ph.D. because she loved history and wanted to deepen her knowledge base to enhance her teaching, she said. “I loved doing research and wanted the chance to improve my research skills to do my own, original research,” she said. Straus had many ideas about what research she wanted to do, but she kept coming back to the topic of Compton schools because she remembered what it had been like to teach there, she said.

While Straus taught in Compton, the school district was under the jurisdiction of the state, which had taken over for the local school board, she said. This was a result of both financial and educational failure in Compton.

“When I was teaching in Compton, it seemed like a place that I wanted to understand more because I did not get how it had developed the way it had developed,” she said. Straus was interested in learning about Compton because of its oversized place in the American imagination, she said.

For Straus, being a historian means bringing together a wide variety of sources to understand a topic. During her Ph.D. research, she read through multiple newspapers from Compton, city council and school board minutes, and records of different organizations, she said.

Straus also conducted oral histories and spoke with people who grew up and worked in Compton. Some of these people were affiliated with the public school in Compton, while others were not, she said.

“I also went to a lot of conferences where I would get lengthy feedback on my work,” Straus said. From all of these sources, Straus uncovered what had caused the schools to reach this deteriorating state and why that was significant, she said.

Although research came easily to her, Straus found writing more difficult. Learning to organize all of the information she received while researching was challenging, she said. “I wish I had tips on how to manage all the different sources I had gathered.”

In 2014, Straus published her book, titled “Death of a Suburban Dream: Race and Schools in Compton, California,” and in 2015, she published an article in The Atlantic using her research. Publishing a book is the standard for professors of history, she said. Additionally, Straus thought it was important for her to share the story of Compton.

In order to convert her dissertation into a book, Straus had to return to her research and revise her findings. In her revisions, Straus took the dissertation committee and other scholars’ feedback, she said. “I elongated the timeframe I originally had so that I could explore deeper into certain things that I had not looked at before.” Once the book was submitted to the press, Straus got two anonymous readers’ reports, and she used that feedback to complete the manuscript, she said. “I had an amazing mentor during my postdoctoral degree at Rice and also a great editor at the University of Pennsylvania Press.” Straus shared her research by teaching and conducting presentations at conferences along with other historians.

When Straus’ book was published, she felt both excited and terrified because she had worked on her research for almost a decade. “It was one of the best things I have ever done since I got to share all of my findings with the world.” However, she also found publishing her book to be daunting since it was out in the world, and she could no longer edit it.

Currently, Straus is working on a book about “race and place” in Houston. The book developed from a conference she helped organize at Rice University, she said. She began her research on Houston during her post-doctoral fellowship at Rice in 2011 and finished it in 2013. She has a chapter in the book where she discusses the KIPP charter school system that first grew up in Houston. Straus is currently researching the roots and history behind these charter schools, she said.

“We already have a book contract, so I’m excited to see another book of mine be put out into the world for others to read and learn from,” she said.

During school labs, Science Department Chair Dr. Lisa Rosenblum enjoys helping students come up with research questions and build a road map to narrow down a topic of research, she said. Her love for biological research began as she worked in labs with other scientists in college, and it continued as she earned her Ph.D, she said.

Rosenblum received her Ph.D. in 1997 from Columbia University for her research on population genetics, or the genetic differences between populations, in monkey species living in Southeast Asia, she said. Rosenblum focused on the Macaque genus in Indonesia, which has about 23 different species.

Rosenblum’s research took around six years to complete, she said. To collect information on the monkey species, she traveled to Indonesia on two occasions each over a four month period and took blood samples, which she processed in a lab. “In collaboration with Dr. Jatna Supriatna from the University of Indonesia, we isolated and preserved DNA in the field,” she said.

Rosenblum has always been interested in how biological systems function, which led her to seek out opportunities to work in research labs during college. “When I was in undergraduate school, I started going to labs and asking them if they needed help from a student until someone said yes,” she said.

In the summer between her junior and senior year of college, Rosenblum began working in the lab of Dr. Steven Wolinsky, a professor in the Infectious Disease Department at Northwestern Medical School, she said.

Before she was interested in monkey population genetics, Rosenblum enjoyed studying viruses. While studying for her undergraduate degree, Rosenblum worked at Dr. Wolinsky’s lab where he researched HIV, in partnership with Cetus Corporation, she said.

Cetus Corporation was the first to invent polymerase chain reaction (PCR) testing, so the lab helped to optimize PCR tests to detect HIV in individuals who may not have known they were infected, she said. “We think about PCR all the time as something we use for COVID, but at this time, it was not optimized for virus detection, so we helped to do that,” she said. Rosenblum’s work at this lab got her thinking about diving deeper into genetics research, she said.

A paper discussing Dr. Don Melnick’s population genetic work on rhinoceroses and their speciation inspired Rosenblum’s Ph.D. work, she said. After reading this paper, which discussed the conservation of rhinos, Rosenblum contacted the author to tell him how interested she was in his research.

Rosenblum’s increased interest in research led her to submit applications to Ph.D. programs.

Rosenblum’s Ph.D. research took place in Dr. Don Melnick’s lab at Columbia, she said. At the lab, she thought about how different populations within the Macaque species could have been a subspecies, or a genetically different group from the rest of the species, instead of a subpopulation, or a subdivision of a population, she said. Along the way, Rosenblum worked with colleagues in Indonesia because they were collecting blood samples from there in order to do the genetic work, she said.

Before the 1990s, when Rosenblum began her research, there were not many established techniques for collecting genetic information, she said. At the time of her research, she used new techniques such as mitochondrial DNA to look at genetic differences between populations within a particular species of Macaque in Indonesia. She also used phylogenetic tree algorithms, which at the time were just emerging as an analytical tool.

Though Rosenblum’s research resulted in two published papers, she wanted to dig deeper. “I felt like it was never done, and there was so much more to do, I actually never felt anything was ever complete,” she said. Rosenblum had to stop her research to move to London after her husband’s job moved him there.

Rosenblum’s Ph.D. research trajectory was linear, but looking back on it, she is amazed that it didn’t take her longer to finish, she said.

Rosenblum believes there is always more to do and discover with genetic research, but she enjoyed receiving a degree and then being able to move forward with new projects, she said. “Communicating research results with scientists is important and conferences are an excellent way to get feedback on your work, ideas, and to find potential collaborations.”

Rosenblum’s favorite conference, which she attended in 1999 in Bordeaux, France, was about retroviruses. At the conference, she presented some of her postdoctoral research. “The conference was relatively small, as far as conferences go, and it was wonderful to be able to interact in small groups with known scientists in the field,” she said.

During her post-doctoral research in a lab at Imperial College in London, Rosenblum studied the Simian Retrovirus (SRV) that was well known to infect the kinds of monkeys she studied in her Ph.D. research, she said. “This research was about understanding how viruses use cellular receptors to get into the cell.”

Because Rosenblum knows what it is like to dig into a topic she is passionate about, she currently loves to work with students who are also interested in research, she said. “Whatever students are interested in working on or researching, I am happy to try and help out with their journey,” she said.