Why the West needs to do more for Ukraine 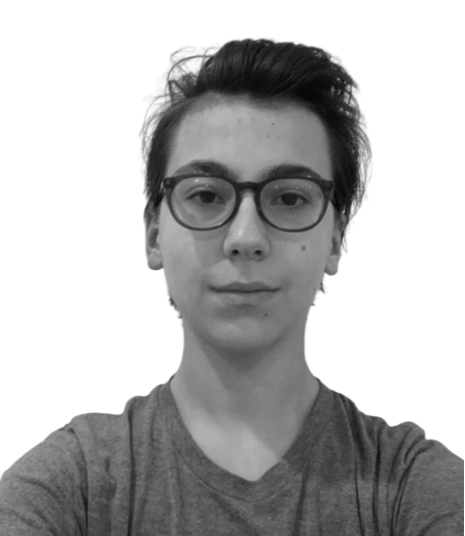 On February 24, 2022, Russian President Vladimir Putin launched a full-scale invasion into Ukraine, much to the shock of the Ukrainian people and the world, myself included. Major cities in Ukraine, including its capital Kyiv, have been attacked for over a week now, bombarded with rockets while street fights erupt between Ukrainian and Russian soldiers. Hundreds of civilian casualties are piling up as missiles destroy buildings and air raid sirens wail across the country, warning men, women and children to flee to bomb shelters. Those who did not flee the country were instructed to take up firearms and make molotov cocktails to stop Russian troops. One Ukrainian soldier sacrificed his life, blowing up a bridge in Kyiv to halt the transport of Russian tanks into the city. Ukrainian President Volodymyr Zelensky is leading the fight and remains in Kyiv. Soldiers on both sides are dying by the thousands. Meanwhile, Western countries are not doing nearly enough to help Ukraine sustain its independence.

In the past week, I have frequently heard discussions at school about the crisis. Many students claim the United States has nothing to do with Ukraine and should not intervene in Ukraine’s struggles. A day after the invasion was announced, I was appalled to hear some students even say, “Let the Russians invade.” My family is from Ukraine. I still have relatives living in its second largest city, Kharkiv, who are hiding in buildings, praying that a missile does not hit, as their access to the internet, food, and water wanes. Hearing students mock the invasion showed me that they have absolutely no idea what the Ukrainian people are facing right now and what is at stake in this invasion.

Many of my fellow students cited NATO as their reason for supporting the West’s neutrality. Since Ukraine is not a member of NATO, European countries and the United States are not obligated to help. However, the United States’ obligation to aid Ukraine has nothing to do with NATO. Rather, it has to do with a series of political agreements called the Budapest Memorandum on Security Assurances.

On December 5, 1994, three years after Ukraine became independent of the Soviet Union on August 24, 1991, it signed the Budapest Memorandum and gave up possession of its nuclear weapons to Russia. In return, Ukraine was promised territorial integrity by its signatories, Russia, the United States and the United Kingdom. Two decades later, Russia directly violated the Budapest Memorandum when it annexed the Crimean peninsula on March 18, 2014. Apart from a few sanctions and a condemnation by the United Nations, the U.S. and the U.K. did not intervene to defend the territorial integrity of Ukraine, thus violating the Memorandum. To watch Russia attack the country in 2014, with few repercussions, was disheartening. Again, the same series of events is unfolding today, as Putin invades Ukraine after proclaiming the insurgent Donetsk People’s Republic (DNR) and the Luhansk People’s Republic (LNR) in Ukraine’s Donbass region as independent. My family and I, along with millions of other Ukrainians, do not want to experience the heartbreak of losing our country’s independence after it was already threatened several times.

The only way for Ukraine to improve its  chance of survival against one of the strongest global powers is with the aid of allied countries. Last week, President Biden announced sanctions on Russia that aimed to block Russian banks and technological exports. At the same time, Biden is working around the most important Russian sector of all: energy. Oil and gas are Russia’s most lucrative industries, accounting for over 62% of its exports. If barred, Russia’s economy would crumble faster and harder, rendering the U.S.’s sanctions more effective. Yet, according to Biden’s economic advisor Daleep Singh in a White House press briefing last week, the Biden administration’s sanctions and measures “were not designed to disrupt, in any way, the current flow of energy from Russia to the world.”

By having not imposed this critical sanction, the United States is allowing Putin to advance into Ukraine full-throttle, while essentially paying for this invasion. I understand that placing energy sanctions on Russia is not a decision to be made on a whim, since a plethora of European countries, including Germany and Poland, are dependent on Russia’s oil and may be negatively impacted. Nonetheless, if oil sanctions negatively affect European countries, they come as a result of Putin’s deplorable actions rather than the United States’ decision, to implement them.

European countries shouldn’t send active military personnel to Ukraine; nor should the U.S. send troops to die on Ukrainian soil. However, stronger measures are needed to help Ukraine survive as an independent nation. While I acknowledge that both preventing some Russian banks from accessing the Swift banking system, a worldwide speed-transaction financial network, and supplying Javelin missiles to Ukraine, which are integral in the destruction of Russian tanks, are valuable U.S. initiatives that have curtailed Russia’s economic and military efforts, there is always more that can be done. We can start by imposing stricter sanctions on Russia, in addition to providing more money, ammunition, and supplies to Ukraine.

Fortunately, Russia’s invasion is progressing slower than Putin expected, and faces valiant resistance from the Ukrainians, including President Zelensky himself who refused to evacuate from Ukraine, saying, “I don’t need a ride, I need ammunition.” But despite the slower-than-expected advance, Russian troops and artillery heavily outnumber Ukrainian troops, and soldiers are tiring from fighting day in and day out. The war could span indefinitely, and Ukrainians are not certain how long they can last. That is why the time to act on the crisis is now, unless the world wants to see Putin become stronger than ever before, only to impose tyranny and dictatorship on other European countries. You can start by donating to relief and humanitarian organizations, which provide food, medical aid, and safety to Ukrainians suffering from the war.