Speaking from the “I” perspective, and the sanitization of classroom discussion 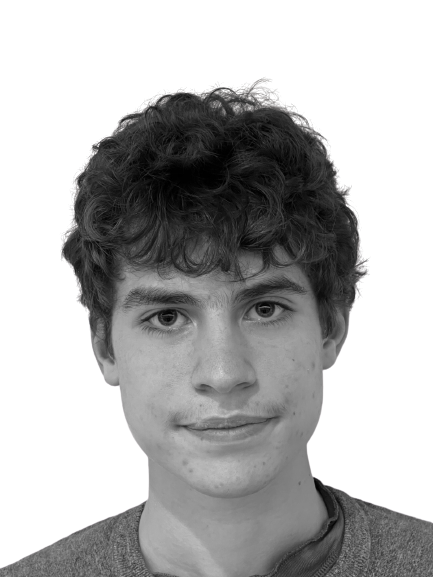 Horace Mann is a preparatory school, but we are meant to leave prepared for far more than another four years in a new academic institution. The work ethic and comprehension skills the high school experience instills in us are just the tip of the iceberg. “Preparatory” applies to the student’s future far beyond an educational career.

There is a subtle crisis unfolding in our humanities classrooms, which threatens students’ preparedness. I can’t be quite sure when it began or how it spread. Perhaps it predates my experience at the school. All the same, the stakes are immeasurably high. I fear that the learning experience associated with classroom discussion is being drained.

The school has its students drinking from the gold-plated chalice of the “I–perspective.” We are misled by its intentions, and the weight of the alloy beneath the illusory surface drags us down to the doldrums of rote routine. In short, the employment of classroom guidelines, such as the “I–perspective,” standardizes class participation and reinforces fears of saying “the wrong thing” in class. We find ourselves sheltering-in-place from controversy and getting nowhere.

To be clear, the “I–perspective” is indeed a valuable tool worth teaching in order to expand a student’s oratory and narrative toolbox. The fact is, the “I–perspective” is a natural speaking device, one that can be — and is — used whether classroom norms recommend it or not. The validity of its intrinsic merits shall not be debated here. Instead, it is the use of this tool to curate and confine classroom discussions that is under critique.

It is not difficult to postulate on the various reasons why such guidelines would be introduced to the classroom setting. In the midst of a national political climate so polarized and fraught with conflict, guidelines such as the “I–perspective” seem to be the perfect mechanism to safeguard against the seeping of social tensions from the outside world into the spaces of learning in a school. They are one component of what may be considered a utopian vision for the future of high school education. The focus is diverted away from conflict and unnecessary confrontation between students, and towards interacting directly with the subjects being taught.

The “I–perspective” reflects a specific teaching philosophy in which learning is accomplished when students receive information and respond by placing themselves in relation to the issues being taught. When a student should wish to participate, their contribution ought to reinforce the sanctuary atmosphere by making sure they do not disturb any of their fellow students when they speak. Escalation is the supposed antithesis of quality education. Exclusive use of the “I–perspective” is a model of student participation I equate to classic “show–and–tell.” Any possible points of tension or disagreement between students are automatically deescalated. This system is often indiscriminately applied to all content in a course, restructuring how students relate and interact with the entirety of a curriculum. This is the essence of how the “I–perspective” is used in our classrooms.

When students are told that the class should share contributions through the filter of such guidelines, there is an undertone in the message telling everyone that there is a right way to participate, and therefore, a wrong way. This is not a piece of information taken lightly by an HM student. The drive to excel and to demonstrate one’s capabilities in the classroom naturally blurs the line between norm and rule. If there is evidence to the student that an answer may not be received as correct, they are often more than inclined to hold their tongue. This is a known problem in most HM classrooms, a disappointing truth I have heard many of my teachers lament over. However, if the message from a teacher is that arguments, passionate responses, and open disagreement that may lead to a fierce exchange are contrary to the desired norm, it tends to automatically morph into doctrine for the student.

My classes governed by discussion guidelines have frequently been quieter. When the teacher offers an opportunity for student participation, there is usually an uncomfortable silence before any hand is raised. One begins to wonder whether there is actually no student in the room with anything to say, or if many of us are just trying to draft a “correctly formatted” and “safe” statement. When someone speaks, their contribution is calculated, and undeniably tame. How could they not be? When every student’s answer is so carefully composed, there is barely any room for an alternate dynamic. I have never heard an open argument in one of these classes, and I doubt I will in my last few months at HM. If there is any sort of disagreement, the students involved carry out their exchange at a superficial level, punctuated with frequent glances towards the teacher in the room, just to make sure neither is crossing an invisible line.

Among the set of frequently employed class guidelines, teachers sometimes include a procedure for ending passionate exchanges. In the case of the Seminar on Identity class I took last year, one of the provisions was for the involved students to step out of the classroom. This provision certainly stemmed from a genuine interest to prove that offensive or foul remarks would have consequences. However, it also suggested that if a student spoke up in an act of contradiction, it would both deviate from expected student conduct and approach the dreaded bane of escalation.

The “I–perspective” is having the desired result, with immense costs. These guidelines do not only seek to prevent the infiltration of tensions from the outside world. They also construct a foundation of reactionary suspicion in the classroom when students are confronted with disagreement. Guidelines intended to create “safe spaces” reinforce an illusion that the act of disagreement is, in itself, something foreign and something wrong. At its heart, the illusion propagates a misconception that disagreement is a sign of failure, or of the degradation of classroom dynamics. It is difficult for me to state just how devastating this development truly is. Conflict is one of the most valuable learning tools in the classroom.

When I refer to conflict, I exclude the derogatory and profane. Foul practices such as the use of slurs or crass attacks have no place at HM. However, the expansion of class participation guidelines has clearly sent the pendulum too far in the other direction. We must focus on how we can create constructive spaces, not necessarily safe spaces. There should be nothing “safe” about education. To do this, I suggest that a certain degree of control over what is “appropriate” be surrendered, not so much that students feel free to gibe one another, but enough so that controversy is free to spawn within a cohort of students.

I have experienced classroom environments that encourage this “laissez-faire” approach to student participation, and these have been my favorite classes at HM. The subject matters are often no less controversial than those covered in “I–perspective” classes, yet the feared deluge of bad-tempered emotional discharges never occurs. Why? Because these classes are still learning spaces and students appreciate them as such. Students are forced to accept that not everyone needs to agree and that a variety of approaches to a touchy topic is not cause for offense, but inquiry. If one is made uncomfortable by a fellow student’s points, they can not shelter themselves behind the safety blanket of classroom rules. Instead, they must choose if, or how, they want to respond. In the vast majority of cases, students choose to engage with the challenge of disagreeing with their peers. Thus, a valuable and constructive discussion will sustain the attention of the room.

This is the reason why such classes have real, constructive conversations where the students can learn from each other and develop the skills to take a challenge in stride. Whereas the “laissez-faire” approach has proved to me its merits for engaging students with one another in an organic, unforced dialogue, heavily modulated courses are comparatively unengaging and fail to challenge the students with meaningful discussion. Classes weighed down with regulation often wallow in awkwardness, where students add to a string of unrelated thoughts coaxed out by teachers. Of course, it is not always such a stark difference, but regardless, it exists.

The student’s natural tendency is not to purposely insult their fellows, yet classroom guidelines, such as the “I–perspective,” suggest the opposite. It is as if everyone would seek to incite chaos and turn the community against itself unless the faculty can impose order. This view is not a reality. Surely, if there is a contribution made in a class that causes discomfort, we may give the student the benefit of the doubt that it was not made with malicious intent? In the vast majority of cases, such differences in thinking can become opportunities for growth. The reconciliation of differences is one of the most vital experiences students can take away from their education. It is absurd that current participation guidelines seek to prevent these situations from arising.

My concerns are not intended as a Trojan horse for a complaint on the state of political expression at HM. While reduced student confidence is closely related to the parallel problems restricting students with minority political beliefs, the two issues are not always intrinsically related. My goal for this piece has been to share my concerns on the former, for the latter deserves its own separate analysis. The limitations frequently set on student participation affect all students and all the topics they discuss in a given class.

So what really is the purpose of a Horace Mann education? Could it just be to develop an extreme capacity for work and to absorb immense amounts of material, just so we can do it with striking adroitness in college? I refuse to accept this as satisfactory. I insist there is a greater meaning to four years in the Upper Division. HM is about training students to approach obstacles unintimidated. The experience of the Upper Division charts a path for each student that pushes them beyond what they felt was possible for themselves so that when it really counts, we refuse to back down from a challenge.

Students will not be able to learn to approach conflicts, especially those that affect them personally, with civility and composure if they have spent their years of education shielded from potential hurt in sanitized learning environments; it is a recipe for disaster. As an educational institution, HM has a responsibility to prepare its students for the real world, not just for absorbing the lesson of the day. We must be forgiving in our approach to controversy at school today, so that tomorrow, when our peers are not so forgiving, we are more than acquainted with the techniques of preserving a constructive conversation. After all, in the real world, these conversations likely won’t be in the “I–perspective.”