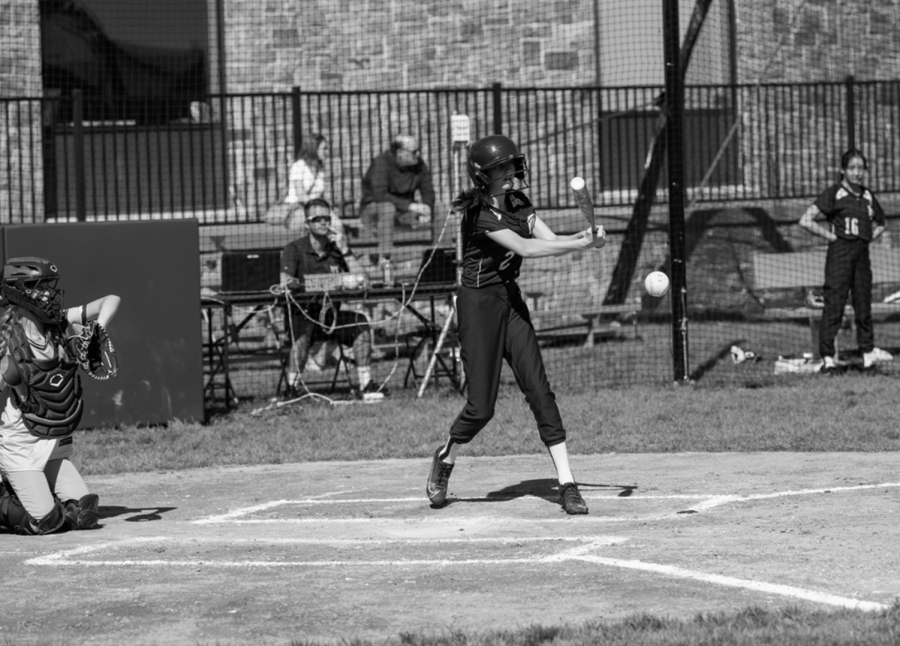 The Middle Division (MD) Lions hosted Trinity in an afternoon full of food and spring-themed sports games during the first annual MD Athletic Day last Thursday. “There were some big victories and even the losses were close,” Head of MD Javaid Khan said. “We were competitive throughout our matches.”

The MD Athletic Day is an exciting new addition to the MD calendar, as MD students get to experience playing games on the home field. The players get a taste of what homecoming and UD sports in general might feel like, MD Girls’ Lacrosse Coach Emily Perelman ‘13 said. MD sports afternoon will be a great way to encourage upcoming high schoolers to participate in school teams and feel comfortable playing in front of your friends and teachers, she said.

As the school reaches the final games for the spring season, the MD sports afternoon creates an exciting environment for those participating, coaching or watching the  sports teams. It was an opportunity for the MD to get together, have an afternoon celebrating their athletes, MD Girls’ Softball player Tessa Siegal (7) said.

The MD Athletic Day was incredible because students from all divisions came out to support the sports teams, Perelman said. “It made me so proud that they were also proud of how they played. They walked away being a little bummed about the loss, but also being reflective and proud of how they played as a team and how they communicated and passed well,” she said.

“Everyone was really riled up to this game because this was our toughest opponent,” MD Girls Lacrosse team member Maya Yoon (8) said. Yoon was upset about the loss but she still enjoyed playing with her teammates and watching other teams, she said. “Winning or losing, I feel like it was still important to get to know each other during that day, and we gave each other pep talks which was really fun,” Yoon said.

MD Softball team member Neeya Gupta (7) enjoyed hanging out with her friends after her game and going to the barbeque. The barbeque featured generic “sports foods” like hotdogs, burgers, and chips, she said.

“Families were all smiles,” Khan said. “There was food, and we even treated our competitors.”

The event was more enjoyable for MD Girls Lacrosse team member Ashley Kuo (8) because it took place on campus. “Since we were on our home field it was really fun since everyone was cheering you on,” MD Girls Lacrosse team member Ashley Kuo (8) said. As the season progressed, the team bonded and became much closer. “We are more comfortable with each other,” she said.

“There were so many fans out there, and it was just a fun-filled, spirited afternoon,” Perelman said. It was amazing that the team had the opportunity to watch the MD Boys Lacrosse team, since the teams practice alongside each other every day but never get to see one another in their games, Perelman said.

Throughout the season, the team has improved greatly and has learned to communicate with each other more, Kuo said. “You can really tell they’ve grown a lot as players and as teammates since the beginning of the season,” Perelman said.

MD Baseball team member Harrison Ruderfur (7) enjoyed the new experience of playing on alumni field and having so many of his peers and teachers watch. He also said it felt a little strange playing in front of others, especially his teachers. The team ended up beating Trinity 17- 2. “It was a great experience and a lot more people watched,” he said.

MD Softball team member Tessa Siegel (7) enjoyed spending time with her friends and eating food that their parents and the school provided for them. “I thought it [their winning game against Trinity] made us a lot better and it gave us confidence,” she said. It was a close game, and the team began playing better towards the end when everyone was cheering for them, she said.

Another bonus of MD athletic afternoon is that the community has the chance to see all the MD teams play, MD Softball team coach Michael Duffy said. “It was great to be playing on the main field where our team, who had been working very hard, could be recognized by the rest of the school. We had an actual crowd there, which was nice to see,” he said. The game started off very close, but towards the end HM pulled through, and wound up winning 13 – 5, Duffy said.

Playing in the game on Thursday and the season overall has encouraged Yoon to try out for the UD team because of how much she has enjoyed being a part of the team, Yoon said.

The MD sports afternoon is a great way for players to display their athletic abilities in front of the HM community, Duffy said. “They [the MD players] were excited to play in front of peers and also parents and other people were able to watch and teachers, so getting the community together was great.”