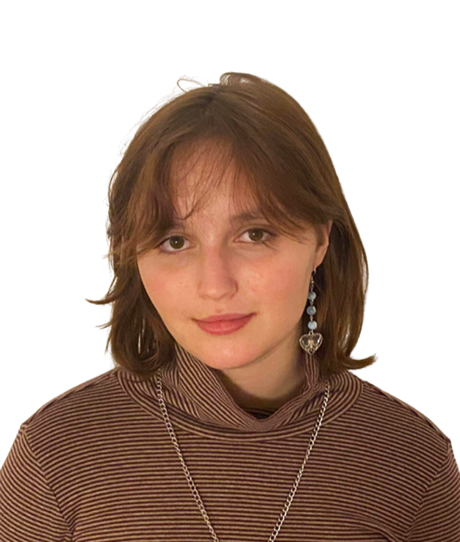 The media reinforces the sexualization and romanticization of lesbianism and people are not cognizant of it.

Throughout the past 50 years, there has been a notable increase in media like television, movies, and music. Although the LGBTQ+ community, specifically gay men, have seen more representation and acceptance, lesbians, despite their increase in positive representation, have faced more problems in achieving media visibility due to how their intersectionality makes them a threat to both heteronormativity and patriarchy.

Such limited representation could prove problematic for young lesbians looking to model their actions after lesbian characters on television, due to the pervasiveness of media in the development of sexual identity. The media’s widespread reach into the psychological development of young women allows it to inform what a lesbian “looks like,” how to act, and what to expect from romantic relationships. Young lesbians may therefore lack positive role models to exemplify the lesbian experience truthfully and adequately.

When looking at queer representation in television, there is a common trope known as “bury your gays” in which lesbians, who already make up a small fraction of television characters, are killed off in the series. One of the earliest cases was in 1976, when Julie from “Executive Suite” is hit by a car while chasing her love interest after coming to terms with her lesbianism. Helena Cain from “Battlestar Galactica” is shot by her female ex partner in 2006; Sophia from “Skins” dies by jumping off of a building after buying MDMA from the girl she was obsessed with; Veronica Cortes in “La Reina del Sur” dies, which results in her partner Patty O’Farrell taking her own life; Bizzy Forbes from “Private Practice” also takes her life after her secret lover died.

CNN lesbian writer AJ Willingham said Villanelle’s death in “Killing Eve,” “felt like a shot to the back. Another queer romance, snuffed out the moment it properly began,” she said. “We deserve better.” Although “Killing Eve” nearly steered clear of most lesbian tropes, it fell short of showing a lesbian relationship that does not meet a tragic end. These trends prevent the lesbian community from seeing long-lasting, healthy portrayals of their sexual orientation in the media.

“I am not the first open lesbian to endure a man presuming I can be coaxed into sex, and I will not be the last,” writer Mal Hartigan, who has studied how media sexualizes lesbianism, said. The lack of healthy representation in mainstream media results in a lack of acceptance of lesbianism. As a result, there is a belief among some men that it is an exciting challenge to “turn lesbians straight.” For instance, popular musician Lil Uzi Vert, with over 23 million monthly listeners on Spotify, exclaimed in his 2020 song “Venetia,” “I can make a gay girl turn to a straight.” In Eminem’s song “Bagpipes from Baghdad,” he says “in the bed with two brain-dead lesbian vegetables, I bet you they become heterosexual,” undermining and delegitimizing lesbian sexuality.

Songwriters fetishize lesbians in other ways as well. In Drake and Lil Baby’s song “Girls Want Girls”, he says, “she like eating pussy, I’m like, ‘me too,’ I can’t wait to get off work to go and see you, please bring your girlfriend along with you.” Another example is in PnB Rock and Lil Skies’ song “I Like Girls,” which was popularized through trends on social media platforms, such as TikTok, by creators with millions of followers. The chorus revolves around the line, “I like girls who like girls,” which serves as a blatant fetishization of the female queer community.

For women who like women, it is harmful to see grown men posting “thirst traps” while singing the words to this song. They feel extremely uncomfortable because it is as though they made those videos in order to convert them to be straight, and because they refer to lesbianism like they do not take their sexuality seriously.

There is also a gap in the literature regarding the depiction of lesbian relationships in media, specifically through the eyes of the lesbian population. Lesbians portrayed are often sexualized and stereotyped, falling into one of the five following categories: the hot lesbian, the out lesbian, the closeted lesbian, the butch lesbian, and the feminine lesbian. In researcher Adrienne Annati’s 2020 study “The Frequency of Stereotypical Media Portrayals and Their Effects on the Lesbian Community,” she examines a sample of 178 self-identified lesbians and gauges their reactions to certain clips of lesbian stereotypes in popular media, while also keeping track of how often each stereotype appeared. Results indicated that the “hot lesbian” was the most frequently presented and that the idea of lesbians moving too quickly in relationships was the most frequently portrayed lesbian relationships.

In 2018, GLAAD, an American non-governmental media monitoring organization founded in protest against defamatory coverage of the LGBTQ+ community in media, studied queer representation in film. Of the over 100 in the most popular movies from major studios in 2017, only .05 percent featured lesbian characters, and that number has not improved signinifcantly since.

At MTV’s Video Music Awards in 2003, global sex icons Britney Spears and Madonna kissed, adding on to the already rampant fetishization of non-men engaging in sexual activity with other non-men. 20 years later, many men still think lesbians are “hot,” which can encourage straight girls to make out in pursuit of male attention, while college-aged women who are frustrated with men often pull the “I’m-going-lesbian” card.

​​Increased media attention is a double-edged sword, as popular culture suggests lesbianism is a temporary and a conscious choice if a bored wife can decide to rendezvous with another woman. Katy Perry’s “I Kissed a Girl” provoked girl-on-girl kissing action nationwide, as long as boyfriends “don’t mind it.” Regardless of Perry’s intention, the popular tune legitimized female experimentation, but only when heterosexuality is the ultimate outcome. These earlier instances of sexualized lesbianism are still relevant as celebrities like Britney Spears, Madonna, and Katy Perry remain significant to this day.

June, international LGBTQ+ Pride Month, is a good time to learn about the lesbian experience and understand how you can help. It is important that we make the school a safe space for lesbians, where they can be open about their sexuality. We must constantly work to avoid lesbophobic slurs, validate lesbianism, and deconstruct the stereotypes and biases that we have been fed over the years. Additionally, it’s helpful to understand how certain song lyrics and phrases are harmful to lesbians, and always be aware of how social media trends fetishize their experiences.