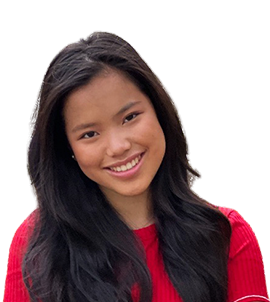 What does it mean to be a Jew? What should a Jew look like? What should a Jew believe in? There are no concrete answers to any of these questions — nor should there ever be. Born in Guangzhou, China, I am an Asian adoptee in a white Italian American, Jewish/Catholic family, attending a predominantly white institution in the United States of America. With such a multifaceted background, you can imagine how questions of identity and belonging are bound to arise.

Let’s put it this way: it was never clear who I was or where I fit in. Whether I spent Chinese New Year at a synagogue or a Chinese restaurant, I always felt conflicted about dedicating my time unfairly. There was this sense of disrespect if I leaned towards one part of my identity, and there was almost always guilt.

Before I joined my synagogue, I had little affiliation with my Jewish identity. We had friends from Horace Mann who had invited us to attend, but it took me a very long time to muster up the courage and go. Frequent interactions with other white Jewish students spurred charged emotions, and I was afraid there would just be a continuation of familiar feelings of isolation and exclusion if there were no people of color present.  However, I still had hope that I could change the perception of what a Jew “looks like” and decided to go despite my trepidation.

A few years ago, I was introduced to a Rabbi at Central Synagogue who changed what Judaism meant to me. As a Korean American woman, Rabbi Angela Buchdahl — the head Rabbi at Central Synagogue in New York — is not what you would imagine for a Rabbi. When my family and I had our first Shabbat at our current synagogue six years ago, I remember Rabbi Buchdahl gave me a hug and greeted me with open arms even though we had had little prior interaction. It felt cathartic.

At that moment, I knew I wanted to further explore my Jewish identity.

After our first meeting, I Googled everything I could about Rabbi Buchdahl. From reading about her in newspapers to watching her speak at the White House and lead sermons at Rosh Hashanah inYoutube videos, I felt an instant connection with this woman despite only having met her once. She gave me a sense of confidence. If a Rabbi could look like Angela and be Jewish, then I could too. Feeling such liberation was a ground-breaking experience.

In the fall of seventh grade, I went to Hebrew school for the first time. I was absolutely terrified I would completely embarrass myself. Not only did I not look like other Jewish kids in my class, but I did not have much knowledge of my Jewish background. Quite frankly, I felt completely disassociated from the religion as I had this belief that being Jewish was synonymous with being white. Trying to “act white” or having to act as if I had been prepared for Hebrew school like my fellow white peers was a huge pressure cooker for me, even though it was never explicitly stated by any of my fellow peers.

However, my experience at Central Synagogue proved me wrong. As I had interacted more with my Rabbi and started to slowly see more Jews of color in the pews, I began to stray from this narrative in my head that all Jews need to look the same to feel validated and be considered a part of the community.  I finally discovered my passion for my religion and felt a shift in how I perceived myself.

Still, when it came time for my Bat Mitzvah, I felt extremely self conscious, being the only Asian American Jewish adoptee in my synagogue’s history to have a Bat Mitzvah. As the day of my Bat Mitzvah approached, I became consumed with the need to prove that there are Jews of color in this world. I knew deep down that people would have their biases, and even if they did not say anything outright, I was sure I had something to prove.

At my Bat Mitzvah, I had never felt more confident in my life. I still remember seeing strangers at the Saturday morning service who were not my guests, in complete awe of two Asian women on the bimah reciting Torah. I had a newfound reassurance in myself and the milestone confirmed something I was beginning to discover: there is no template for being a Jew. After all, if a Chinese-American young woman who was adopted by a European family could have a Bat Mitzvah, then anyone could too.

To this day, I am a part of almost everything the synagogue offers for children in their community — Bar/Bat/B’nai Mitzvahs, confirmation, teen choir, social justice committees, etc. But out of all these exceptional memories, a moment I will hold dearest in my heart was when I spoke at an event and reflected on a documentary titled “FOUND.” It was a powerful experience to talk about three Chinese adoptees and their stories of navigating the world after their adoption. It was also one of the first times I talked so openly about my adoption. Having bottled up so many emotions and unresolved feelings from when I was younger, I was relieved to see them spill out as I saw the film and spoke on the podium. My growing security in my Jewish community encouraged me to branch out even further and explore aspects of my adoption.

In light of my experience, I encourage others to realize that you are who you make yourself to be, no matter what you look like. At the end of the day, one’s own interpretation of their identity should always matter more than external perceptions. Nobody’s opinions or comments should ever alter their sense of self and their sense of belonging.

Moreover, HM students should recognize that while we live in a PWI with many white students who identify as Jewish, there are also POC like me, and we should not have to be subjected to any kind of pressure to prove that we are Jewish. Given that Jewish POC probably go to Temple and services just as often as people who “look Jewish on the outside,” this awareness is imperative for respecting their dedication to their religion and identity. There is no template, so people should stop trying to enforce one.