Why everyone needs a summer job 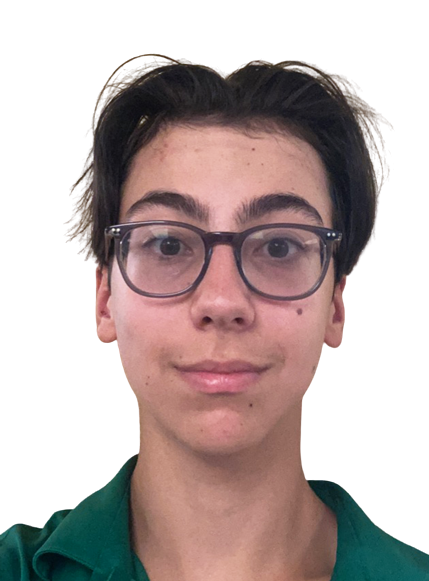 This summer was my second time working at a cafe in Pocono Pines, Pennsylvania. I wanted to experience hard and honest work for myself; a paying job was the best choice. I strongly encourage every student to do the same at some point in their high school or college career.

A paying job is not just about earning money; mine tasked me to pay attention to details and enhanced my communication skills. At the cafe, I expedited orders between the customers and the cooks — if I took an order from somebody for a swiss cheeseburger on a gluten-free bun, for example, I had to make sure that’s what they got. One time, a woman complained that she ordered a gluten free pizza at my register but received a regular pizza. My supervisor reprimanded me and the lady took the regular pizza, but to this day, I still don’t believe she actually ordered a gluten free pizza — if she did, I wasn’t the one ringing her up.

My job also forced me to be punctual. Since I biked to work, I allotted 20 to 25 minutes for my commute and always arrived early to help set up, which also earned me more money. Since our tips were pooled and distributed based on how long I worked that day, getting there before my coworkers gave me a little more money, both in tips and my hourly rate. On really busy days, the total tips fell between $400 and $800 — naturally, I wanted the bigger cut. Even if my supervisor let me leave early while another coworker finished cleaning up the cafe, I volunteered to help because I would make more money by staying longer, and it felt good helping my coworkers (I also find mopping unusually satisfying). 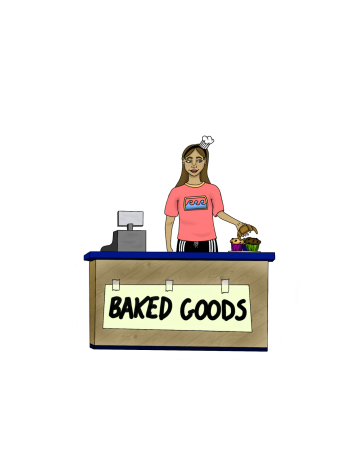 After two summers at the cafe, I discovered a lot about finance and the working world — the main lesson being how awful taxes are. Arguably the best part of my summer job was when my boss handed me my paychecks, but my final paycheck always left me less money than expected. Local and state taxes, social security tax, and deductions took nine to ten percent of my earnings. If I made $900 on one paycheck, taxes would deduct about $90, leaving me with $810. While $810 is still a lot of money for one paycheck in a cafe summer job, $90 is a significant amount of money lost. Some of my coworkers needed money for their families, so tax deductions seemed even worse.

I thought of my job as a service to my community. Last summer, most of the food and beverage staff left due to fears surrounding the pandemic, leaving us tremendously understaffed. By working, I helped slightly alleviate the labor shortage, and customers often thanked me and my coworkers for giving our summers to the cafe. One of the older members of the community remembered me from last year and thanked me for doing a great job. Although we had many more employees this summer, we had more customers as well, so I worked until the end of August even when many of my coworkers had to leave earlier.

A summer job is also a great way to get to know people. Many of my coworkers were my age, so I made a couple friends (and a couple enemies). It was transformative to speak with older employees, such as the cooks and my supervisors, and listen to their experiences and advice.

One of the cafe cooks, Sibu, sat down and shared a quesadilla. While telling me about his life in Cape Town, South Africa, Sibu gave me a piece of advice: “don’t be a picky eater.” I was avoiding the Portobello mushrooms in the quesadilla, not realizing that it was disrespectful to pick out food that someone shared with me. I’ve been a picky eater my whole life, always finding something not to like. After hearing his words, I ate the entire thing, mushrooms included, not caring if sauce got on my pants or fingers.

Getting to know people from all around the world and learning about their life experiences is one of the things I liked most about working. Unlike at the school, where students mostly come from the tri-state area, many of my coworkers came from South Africa, Mexico, and Colombia. What struck me most was that although they had good lives in their home countries, they marveled at the United States’ opportunities.

Many of my coworkers are not as fortunate as I, a teenager from New York City attending a private school. Those who came from foreign countries had work visas so they needed to provide money for their families, while I worked seemingly for pleasure (and for some pocket money of my own, of course). Adrian, a restaurant cook from South Africa, told me that schools in South Africa today aren’t nearly as good as schools in the U.S. Adrian said that a student could barely show up to class, fail any exam, and still get a passing grade. I was surprised by this news. Although we often criticize America’s education system, we don’t always take into account that we have some of the greatest resources available that others do not have access to.

Sibu told me that he grew up very poor in Africa, but with hard work and persistence he became a chef to support his children back in Cape Town. I have not experienced this sort of responsibility for two reasons; I am only 16 and I grew up financially stable. Sibu’s story reinforced that putting effort into your work will  always be rewarding, regardless of your background.

Working a paying job benefits any high schooler. You will meet interesting people, experience new things, and learn that hard, honest work always pays off. My summer job made me work for my money and reminded me to never take the opportunities I have for granted.